I was invited to make an art work of the St Margaret's College Welfare Staff @Otago University https://www.stmargarets.ac.nz/ I have done this previously and always enjoy the interactions with the staff whilst taking their photos. This time we began by making some bubbles which helped everyone relax in front of the camera. Lots of images were captured, trees were climbed and everyone looked gorgeous.

I could have made an artwork from one of the group photos but I liked the idea of having images that were clear and readily identifiable. Portraits were shot in front of a green screen which I later removed in Photoshop. Then I processed the photos through my favourite online tool ever, Photofunia. https://photofunia.com/effects/sketch?server=3   Because it is a long complicated affair to turn a photo into a sketch in Photoshop this filter seems quite magical to me. The resolution is not high but it is enough! 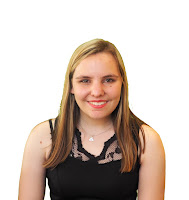 Some images translate more successfully than others, it helps if the photo has a degree of contrast. I tried a few options and then printed these out onto transparency film ready to be processed as solar printing plates.

After making the plates I spent a couple of days printing them onto paper through my press whilst trying to decide on colours, backgrounds and layout. In my mind there are a couple of factors which influence my choices. The College has a very classic feel and the already collected art reflects this style so I choose to print in grey tones. (Perhaps spurred on by the fact that I had just purchased a new tin of Gamblin cool black ink.) Staff also gave me quotes which I tried incorporating as backgrounds but the overall effect of so much text became visually confusing.

Consideration number two is that this group is very much a team,so I think their portraits should work together to make a whole. Often in compositions something is dominant but here I want to show equality. I was initially going to do a row but when I laid everyone out I realised I had made a miscalculation. The backing paper was not available in a big enough size so instead I cropped the prints into 10 x 10 cm squares and chose a grid pattern. This produced a small dilemma. With 11 staff there is the what would I use for the 12th square? I trialed lots of things - a koru shape from a sculpture in the College grounds, infinity spirals, the year 2016 stencilled.  I needed something that faded back more and did not 'compete' with their portraits so printed  lots of +++'s to signify the positive effect these amazing people have. I look forward to seeing the achievements of these amazing role models in the future. Thanks for involving me!

Posted by Lynn Taylor at 3:25 AM No comments:

SciArt: Beyond Orokonui The HALO Project 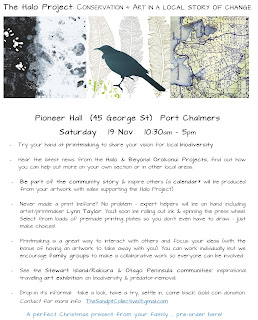 Posted by Lynn Taylor at 5:29 PM No comments: