COOTS Central Otago Outside the Square

I had a challenge in doing a return teaching gig with COOTS. What with 'thinking outside the square' being the essence of this group and the fact that they are all such accomplished artists I had to come up with a programme that would cater to their different media interests and satisify them conceptually. As a professional artist I can find it stressful at times to produce work that fits in with a commercial criteria or responds to a specific commission. While I have pride in finishing an artwork I go from one project to another so rapidly that I sometime loose passion for what I am doing. Rather than rant about all the other side effects of this such as turning down work, pulling out of shows, procrastinating. I thought that maybe the COOTS group too would like a break from the pressure of completing work and designed a programme that was based on the idea that participants were 'Closed For Restoration'.

Our accommodation in Bannockurn is located just above this spot, you can see we could have spent the whole 4 days soaking in the atmosphere.  But this was a working retreat! My planning was influenced by some key texts: Alice Fox, Natural Processes in Textile Art; Jason Logan Make Ink: A Forager's Guide to Natural Inkmaking; Helen Parrott, Mark Making Through the Seasons and an old favourite  Roger von Oech, A Whack on the Side of the Head: How You Can Be More Creative.  These texts inspired me to ask participants to talk a walk or two in the months before the workshop. The walk/s were to be undertaken with intent, such as to focus on looking for one colour or to collect some 'treasures'.  Then came the icebreaker. Due to a lovely donation of old glasses from Daphne Morshuis I asked participants to take a pair of glasses and use them to represent some of their walking.  After initial surprise the results could not have been more fun and insightful.  Embellishments were added, lenses scratched, the shape of glasses used as a way to write a story visually.  Objects took on metaphorical meanings and discarded rubbish drew beautiful squiggly lines. 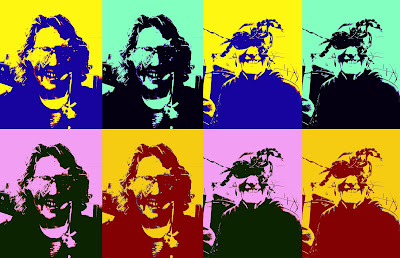 When I went to art school my husband (a lecturer there at the time) said that students who were open to trying different mediums succeeded the most. He might regret saying that now as my leap frog brain finds it difficult to focus on one medium! So I made working with found materials, paper and inks our main materials, rather than textiles. While there was tension in that participants wanted to work on fabric and kept asking me 'could you wash that?' (a real world constraint that I had to stamp out) eventually the idea that they could do the same or similar techniques on fabric after the course all was good.

In von Oech style we progressed through the course applying mainly 'soft thinking' for the first three days. This meant lots of experimentation and not judging the results. Our eyes nearly popped out with fascination when Robyn and Wendy created a small universes of crystals from copper oxide ink. 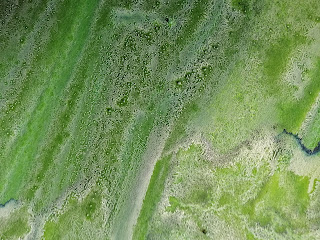 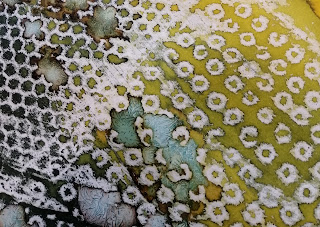 Angela took the opportunity to try out something she had long wanted to - dividing off sections with masking tape and working over them. When the tape is removed later the blank spaces frame areas of intense energy. Inadvertently we can respond to the edge of a page and subsequently make more cautions marks. We also studied mark making by analyzing sections of Van Gogh's drawings.  I appropriated and adapted this exercise from Rob Garrett who I used to work with: Discovering Line with Vincent van Gogh, by Rob the Art Teacher. https://www.youtube.com/watch?v=C61w5O-3PRg&t=45s  Well worth checking out. We recorded words to describe some of the marks we were making and then picked some and then identified an opposite word and played with visually expressing both. 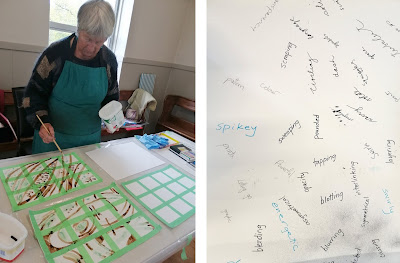 To extend our mark making even more we made paintbrushes from materials found on walks and from unsuspecting horses who donated a few tail hairs.  To be truthful, I'm probably more interested in how beautiful handmade paintbrushes are in their own right - objects of simplicity, character and potential. Not to say that the marks that were made weren't dynamic, stunningly painterly and energetic, art works in their own right, but I think you'll agree these are divine objects. 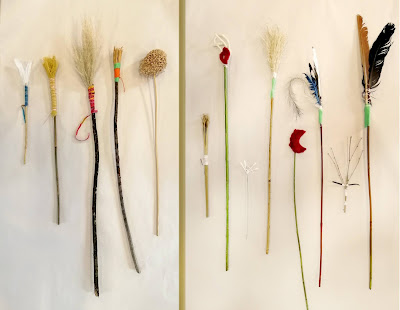 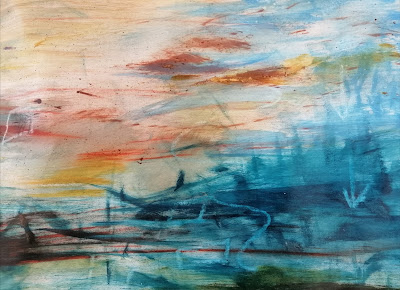 Gradually some 'hard thinking' came in.  Writing poetically, text under erasure inspired by  https://en.wikipedia.org/wiki/Mary_Ruefle  as a lead in to collage. 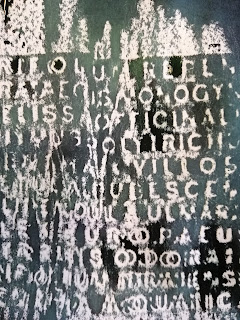 While on the aspect of words I took along a lovely book I had just purchased RE:CREATE by Liz Constable (in co with her sister Jo doing the design work https://nz.linkedin.com/in/jo-constable-24240265) because a couple of years back Liz taught the COOTS group and she mentions the retreat in her book. https://www.bookartstudios.co.nz/publishedbooks
Again, because this is an experienced group who exhibits (most recently @ https://www.centralotagoarts.com/events/2020-3/lakes-district-museum-gallery---visions.2458/I) on a regulars basis, I decided a useful exercise would be thinking about alternative ways of presenting and installing work.  A frenzy of selecting, embellishing, stitching and editing work into circles and squares ensued and we finished off the workshop by bringing everyone's work together collaboratively. This group is a tutor's dream, anything you throw at them they make work, this post only shows a sliver of what they achieved. Thank you COOTS, it has been a pleasure. 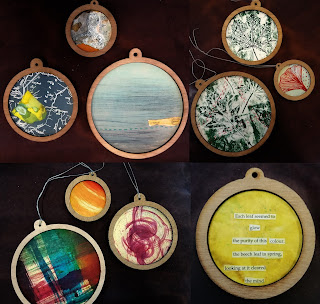 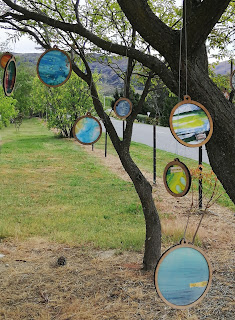 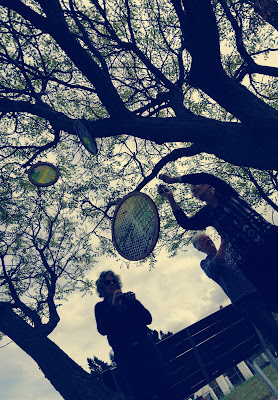